The Macintosh by Apple 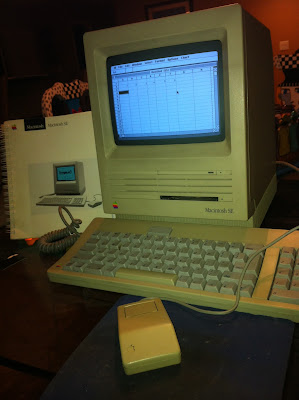 The Mac was a major milestone in modern computing including for education. I just read the 400 page biography of Steve Jobs by Walter Isaacson so I'm full of  a sense of its history.

I just got this Mac 512 SE to join the retro ed tech collection.

I personally joined the ranks of the Apple fans when the Macintosh came out. I had been an early PC user (1983) and had not personally been on the Apple 2. I was on the PC until 1988 when I moved to California and had a Mac both at home and in the office.