In March of this year, I wandered into an antiques mall (the Treasure Chest), met Fred, and bought several items including this Victrola. 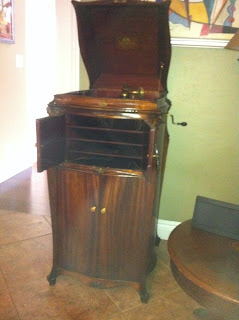 I haven't taken my victrola into the office, I keep it at home. Partially because while it is old and genuine, I'm not entirely sure that it counts as something used in education. 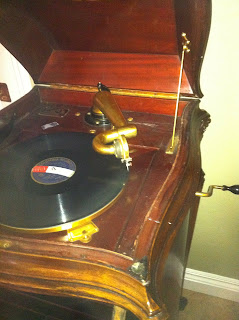 I think Victrolas were entirely for home entertainment and were in people's parlors, not in schools.

Anybody know what the ones with the external speakers are called? I think they are record players but I'm not so sure....

The machine came with one particularly beat-up old 78 rpm records. In fact, it had a cigarette burn on it so you could play the first third. But it was a great song, it was the army fight song. 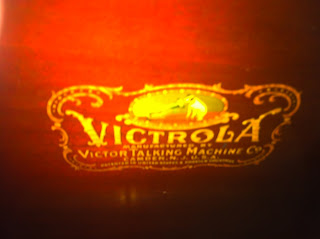