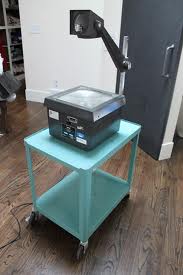 The AV Crowd: The Few and the Proud!

One of the great online journalists of our time has a secret.

Before he became famous and way before being geeky was considered cool, he was already being pulled by the force into the technology world!

They had special privileges and responsibilities.

While the rest of us were kept in our classroom, they could roam the halls looking for the green carts of AV equipment.

While I would have had to break my leg to be allowed to go in the school elevator, they routinely rode up and down with their cargo.

I Got very nostalgic about film strips & being a member of the Somerset AV crew (I got to go into different classrooms & thread the 16mm projector). & one of my very first pieces of writing for hire: How to pre-master a videodisc. Exciting stuff.


Did your school have a special AV crew of students? Were you one of them?
Posted by BBat50 at 9:49 AM No comments: