It's hard to believe but until around 25 years ago, every single film was edited together by hand on machines like these. 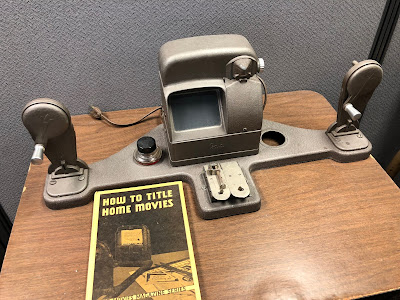 The process was careful to maintain film quality since each generation of copy, back in the analog days, was worse than the original.

To be honest, I went through this process myself with video tape but never with actual film. And I can't imagine how the audio track was handled since there has always been sound effects and audio work added to the original shoot.

The book with all the tricks for doing title for films is a real shocker. There's all the plans for building a system to hold the camera and do a "zoom" into the title. Or to have the title appear to scroll past. 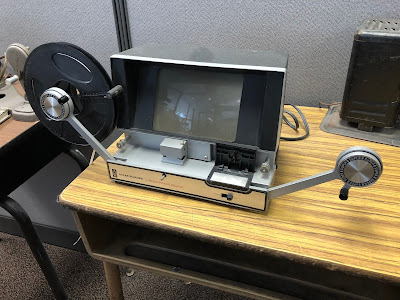