Here's my most recent acquisitions for RetroEdTech.com. I drove around this weekend and stopped at a few local antique stores and wow, look what I found!

I bought an old chemistry set. I found it in a junk store and had always wanted one. I took it to my office and showed it to the science whizzes in the office. Their recommendation: get that thing out of here. Dangerous even when it was new. Now, with expired chemicals and really old containers, and a number of pregnant women in the office; NOPE, get it out of here. So I did. Sigh. 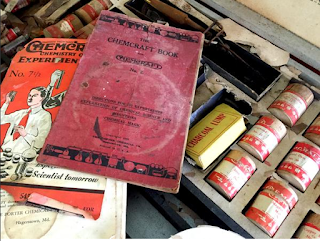 After lots of searching, I finally bought an overhead projector on Ebay. We used these through school and college and through half of my professional career (if you are sharp you can figure out my age from that!). 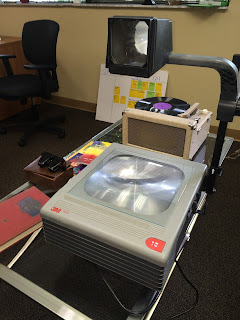 I also bought in a junk store a really old record player. It's not really a record player since the "records" are rolls. I think it was the original device invented by Edison. I haven't had a chance to really try it or research it yet but I'm super psyched. It's called Edison Gold Molded Records.


I started reading about it on the University of California website. Here's a little info:


The "Gold-Moulded" process, developed in 1902, significantly ameliorated these limitations (ed: uneven quality, limited number of quality copies etc). The process involved creating a metal mould from a wax master; a brown wax blank could then be put inside the resulting mould and subjected to a preestablished and precisely calibrated level of heat. As the blank expanded, the grooves would be pressed into the blank, and after cooling, the newly moulded cylinder could be removed from the mould. The "gold" from its namesake is derived from the trace levels of the metal that were applied as a conductive agent in creating the initial mould from the wax master.
With Edison Gold-Moulded cylinders, playback speed was standardized at 160 revolutions per minute (RPM). The number of grooves on gold-moulded cylinders remained the same as for brown wax cylinders, at 100 TPI, or threads per inch. 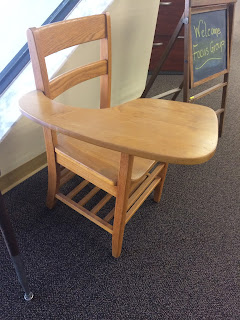 And a very old Polaroid Land Camera with a big old fashioned flash.  A special call-out and thanks to Neil of JamesRoss Advertising who is a valued subcontractor for us and who found and donated this treasure to the collection.
(PS His firm is in no way responsible for the design of this blog. That is entirely my fault!) 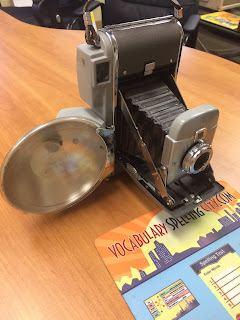 Although I didn't buy it, I did take a picture of this old movie projector from a theater in Colorado that I visited last week. I did try to buy the equipment but apparently, it's not for sale.  Of course, I can't wait to get onto Ebay and see what is possible. 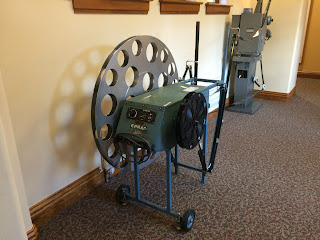 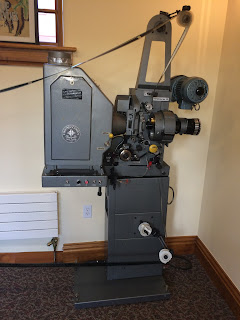 Lastly, I have bid on a number of old telephone switch boards on Ebay but I haven't bought one yet. Stay tuned for that too.
Posted by Johne at 7:22 AM No comments: