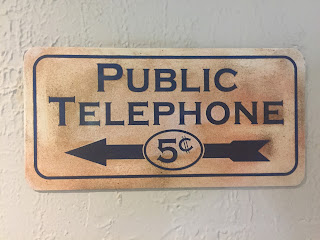 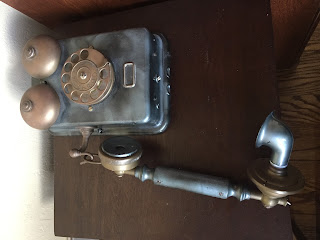 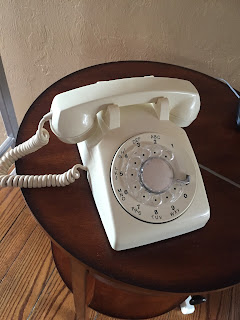 Want to see a vintage phone that looks like this but which uses more old fashioned colors?
And lastly, and it's a bit of a non sequitur, here is a model of the first geosynchronous communications satellite to be placed in orbit.  What it has in common with the telephones is that it was part of the telecom communications revolution and its in my collection.  The plaque on the base says:

A geostationary equatorial orbit (GEO) is a circular geosynchronous orbit in the plane of the Earth's equator with a radius of approximately 42,164 km (26,199 mi) (measured from the center of the Earth). A satellite in such an orbit is at an altitude of approximately 35,786 km (22,236 mi) above mean sea level.